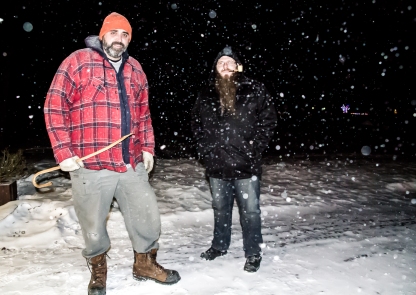 Crew member Andrew Gerhold prepares the equipment for another scene! 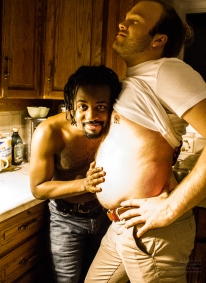 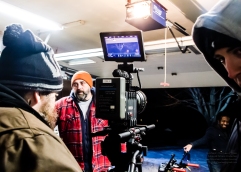 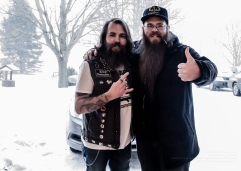 Actor Elvis Stojko and Director Lee Foster having fun behind the scenes! 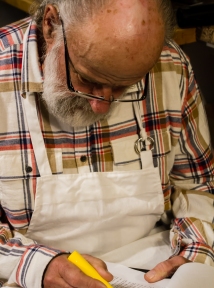 Actor Michael Buchanan studies the script behind the scenes! 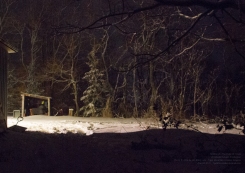 A brief sample of the brilliant Canadian wilderness we were able to capture in Port Hope, Ontario!

When tensions rise during a shoot… Aaron Heels and Kenneth Bemister horsing around!

Shandra Kay and Adam Crash of Girlsnames and Sean Leppington as three of our four cretins! 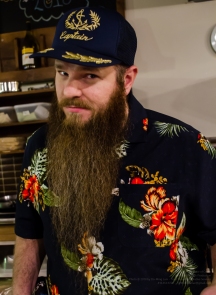 Between relentless Canadian weather and the lovely decor at the Paulsen home, Hetzhund: The Duke of Crows very quickly became a Christmas movie!

There was always fun conversation behind the scenes. Pictured: Kenneth Bemister and Paige Foskett. 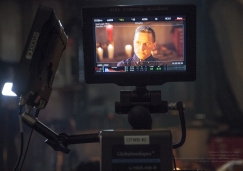 It’s always a good day when you walk in and see Elvis Stojko in 6K! We were blessed!

Actress (and also Production Manager) Katie Ryan arms herself for her next scene as Janet! 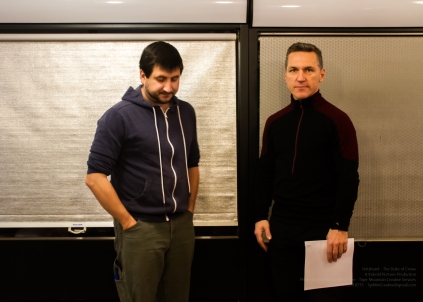 Proof that Kenneth Bemister was out there shirtless in temperatures far below 0 degress Celsius! 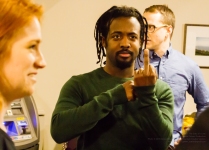 A picture’s worth at least two words… Actors Paige Foskett, Kenneth Bemister, and Liam Murphy behind the scenes!

Cast and crew, fairly close to freezing to death between takes!

Ever the trooper, Kenneth Bemister had to bear the elements like this for way too long!